Kate Middleton’s brother James recently got engaged to a woman that he met with the help of his cocker spaniel pet.

The woman, French financial analyst Alizee Thevenet, was at the South Kensington Club when she saw Ella, a cocker spaniel that belonged to James.

After Alizee went on to pat Ella, she eventually had a chat with James, who later sent her a note through a waiter to ask her out for a drink. 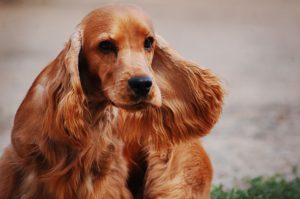 A cocker spaniel similar to the ones owned by James Middleton. Image by Katrina_S from Pixabay

Cocker Spaniels are one of the best-loved breeds in the canine world. They are described by the American Kennel Club as having big dreamy eyes, with merry, frolicsome, and impish personality.
The breed was developed as hunting dogs, but dog lovers quickly found out that cocker spaniels are great as all-around companions.

The 32-year-old James, younger brother of the Duchess of Cambridge, owns nine dogs. He has two cocker spaniels, including Ella, five black spaniels; a black labrador; and a golden retriever.

He says the dogs have been so helpful to the extent that they may have saved his life as he battled depression.

James first experienced depression at the end of 2016 and was later diagnosed with attention deficit disorder in 2018. He also has dyslexia.

James said that he couldn’t feel joy, excitement, or anticipation.

While he never contemplated suicide, he didn’t want to live in the state of mind he had.

James often felt misunderstood and have low self-esteem, feeling that he was a complete failure.

He added that he felt as if he was going crazy due to the feeling of isolation and loneliness.

James told a British TV show that he wouldn’t have the confidence to be interviewed by them if not for what his dogs have done for him.

He described his dogs as incredible companions that could sometimes go further than humans can in terms of helping in rehabilitation.