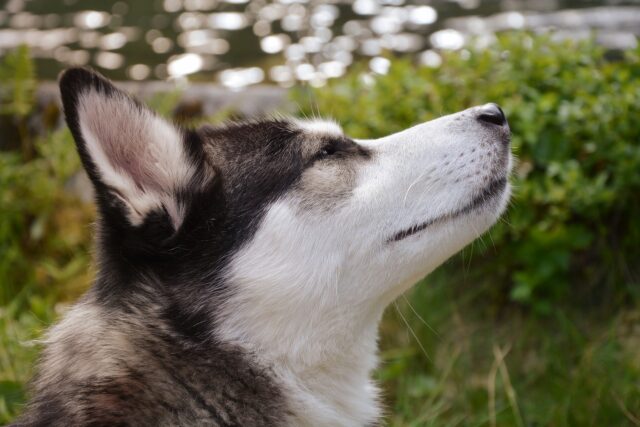 We often hear the saying that cats and dogs will never be friends because we always see them fight. These two different species often clash, so it’s hard to imagine that they’ll be friends, much more family members.

Meet Lilo and her other Husky friends, Infinity, and Miko, from San Jose, California. Lilo proves that dogs can be friends with other animals, just like what they do with Rosie — a cat!

Thoa Bui owns Lilo, and Thoa’s sisters Thi and Tram own Infinity and Miko, respectively. Lilo, Infinity, and Miko are best buddies, and when Rosie’s introduced to their group, they accepted her right away.

It all started when Thoa found Rosie abandoned on the streets of California. The poor kitten’s only three weeks old when Thoa rescued her. Rosie’s in a terrible condition when they brought her home.

Thoa’s unsure if the Rosie will survive as she’s in severe pain, and she couldn’t open her infected eyes. Even if they provided Rosie with the best care, they realized that the poor kitten needs a mother figure to provide for her primary needs, so they tried to pair Rosie with one of the Huskies, Lilo. 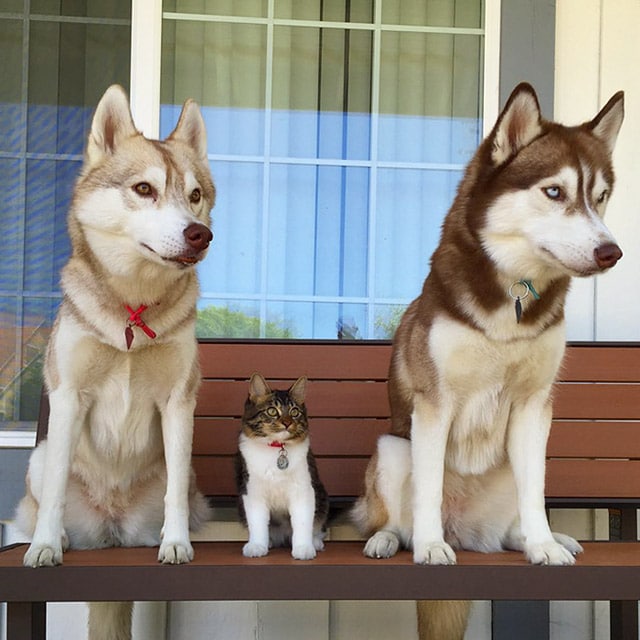 According to Thoa, Lilo took the role of a mother seriously. She raised Rosie as if she’s her child. Eventually,  Rosie’s situation improved, thanks to Lilo’s constant presence and motherly love!

Rosie finds a new family in Lilo and her adorable Husky friends. When Rosie fully recovered, she started hanging out with the Huskies and joined them on their activities and trips. She already acts and thinks like a Husky! 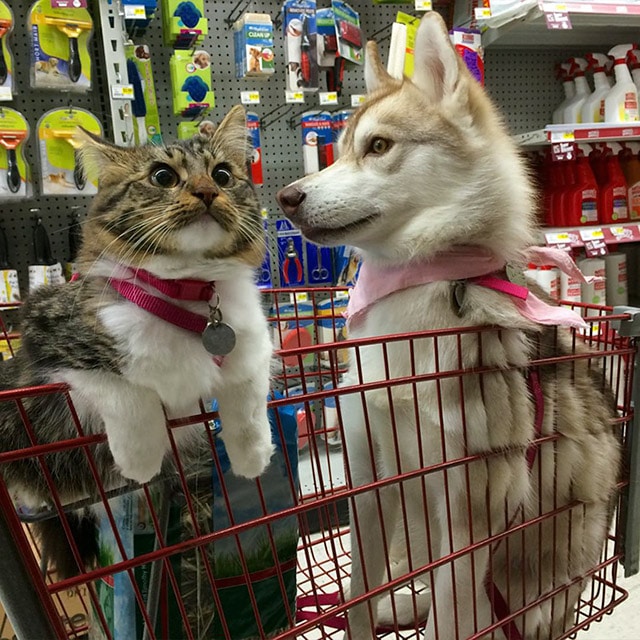 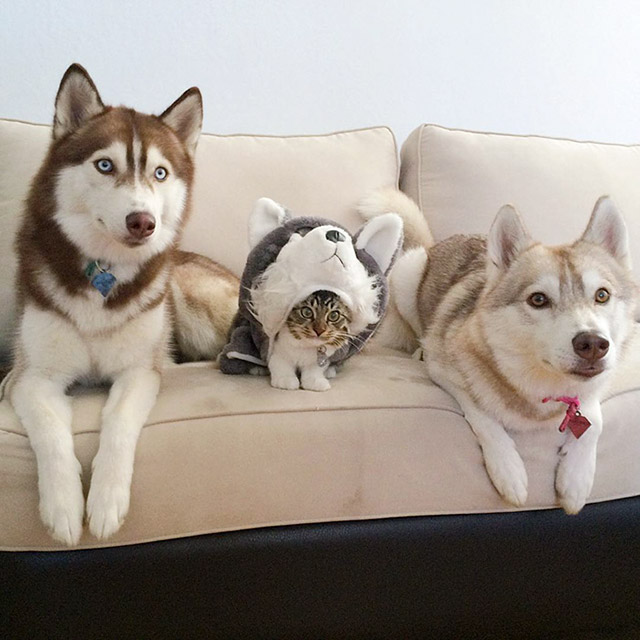 The adorable dogs, together with sweet Rosie, do everything together. They love to sleep, share what they eat, and play a lot. In their social media accounts, the animal family looks like children whose relationship develops as they enjoy spending more time together.

190-Pound Mastiff Realizes Mountain Hiking is Not His Thing