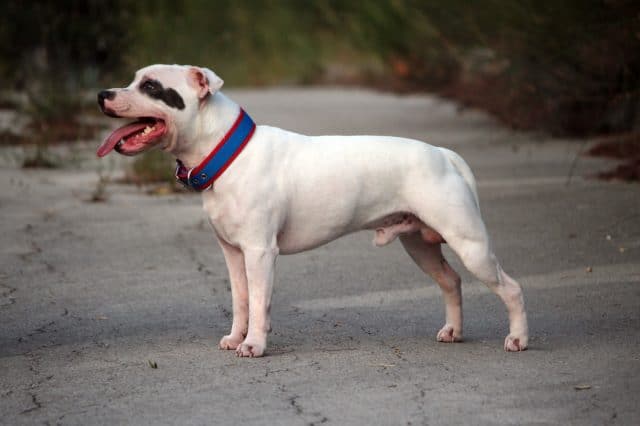 A one-year-old Staffordshire Bull Terrier named Nova has been recognized as a “dog sniffer dog” after tracking down lost dogs in just 20 minutes.

Nova, who was taught by his owner Dani Birnie to find missing dogs, is the first in Britain to have earned the tag.

Since Dani acquired Nova as a pup, she has been thinking of how it would be a big help to pet owners if a dog could be trained to find missing dogs.

A Staffordshire Bull Terrier. Image by k9arteu from Pixabay

She also helped create an organization dedicated to this objective named Search Dogs For Lost Dogs.

The group liaises with owners and go where the lost dogs were last seen. They ask for a scent article, if available, to track down the missing pets.

Training Nova was costly for Dani, and all she asks for are donations from owners whose dogs they help find.

The overwhelming feeling of being able to reunite a dog with its owner makes the efforts all worth it for Dani.

Initially bred for dogfighting, Staffordshire Bull Terriers or Staffies have gained a bad reputation as a vicious and aggressive breed.

Yet, there are quite many people sticking up for them and eager to showcase the breed’s fine qualities, including being affectionate and loyal, if given proper training.

A couple of years ago, a Staffordshire Bull Terrier named Cooper completed his 6-week police dog training and began working with Staffordshire Police.

According to Lee Webb of Avon and Somerset Police, Staffies are showing that there’s more to see in them than what their unfair reputation brings.

The American Kennel Club (AKC) ranks the Staffordshire Bull Terrier at number 80 in terms of popularity in the United States.

Is the Staffordshire Bull Terrier?

Check out the following YouTube video by Dogumentary TV and judge for yourselves: