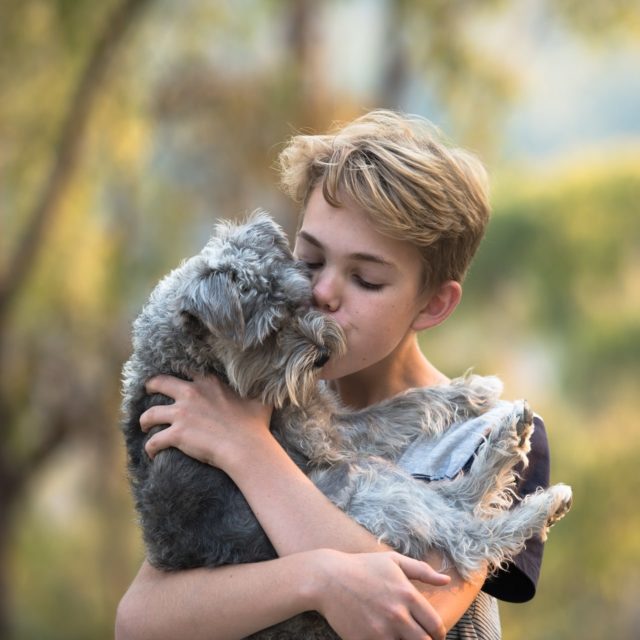 Every time people open their homes to rescue dogs, an innocent life is being saved. So when locals heard that Hobo K-9 Rescue ‘sells rescue dogs only’, they were made to believe they were adopting genuinely rescued dogs. After all, they were listed as a nonprofit institution.

But the sad reality was the dogs sold by Hobo K-9 were not in any way rescued. Rather, they were the product of improper breeding. Puppy mills breed dogs of all sizes and colors. Puppies, that are usually sick, are taken away from their mama dogs at a very young age to be sold in pet stores. And the parent dogs continue to live in horrible conditions until they are no longer wanted. 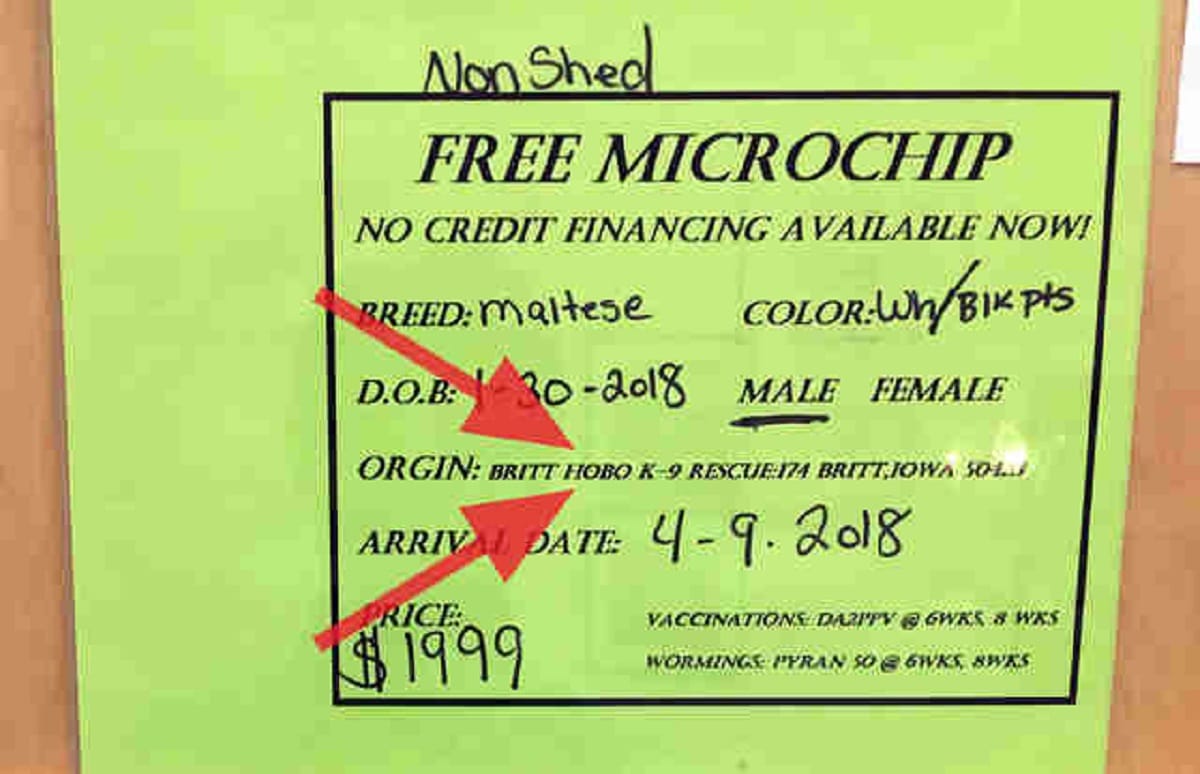 Last year, Companion Animal Protection Society (CAPS) learned that Hobo K-9 had the 501(c)(3) status, the nonprofit listing as per IRS. But they learned something else about them: Hobo K-9 is owned by the same person who owns J.A.K.’s Puppies, Inc., an intermediary dealer-company that trades puppy mill dogs across all states.

“Evidently, we were suspicious,” said Pete, CAPS investigator, whose name was changed for confidentiality and safety reasons. “Both companies were registered under the same name. The very person that runs the country’s largest puppy broker facility.”

Pete traveled to see what was really going on. By the entrance of the registered address for Hobo K-9, a sign greeted Pete. It said: J.A.K.’s Puppies. 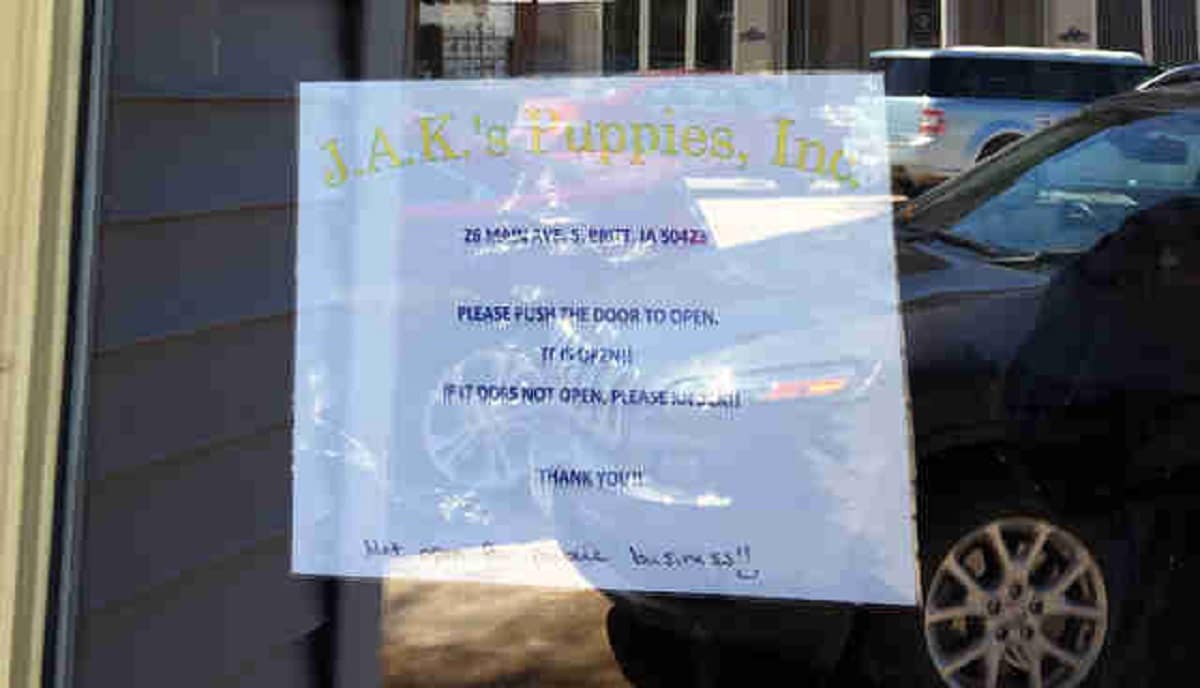 He walked around and found the back door open, so he stepped in. The women were clearly upset that Pete was there. And no matter what questions Pete asked, the only answer he got was to speak with Jolyn, J.A.K.’s Puppies owner. Here’s the footage of Pete’s visit:

During the investigation, Pete also checked in at Pet Luv Pet Center. The store sells purebred and mix-breed designer dogs that are supplied by Hobo K-9. And yes, they also pose them as rescues. Two other stores were also known to be sourcing puppies from Hobo K-9: Shake A Paw, with locations in Green Brook and Union, NJ, and Bark Boutique & Rescue located in Temecula, CA.

While it is fairly rare and new, the issue with false rescue groups might become a bigger problem if no action is taken. It is very important that anyone wanting to adopt a dog be extra careful and vigilant. 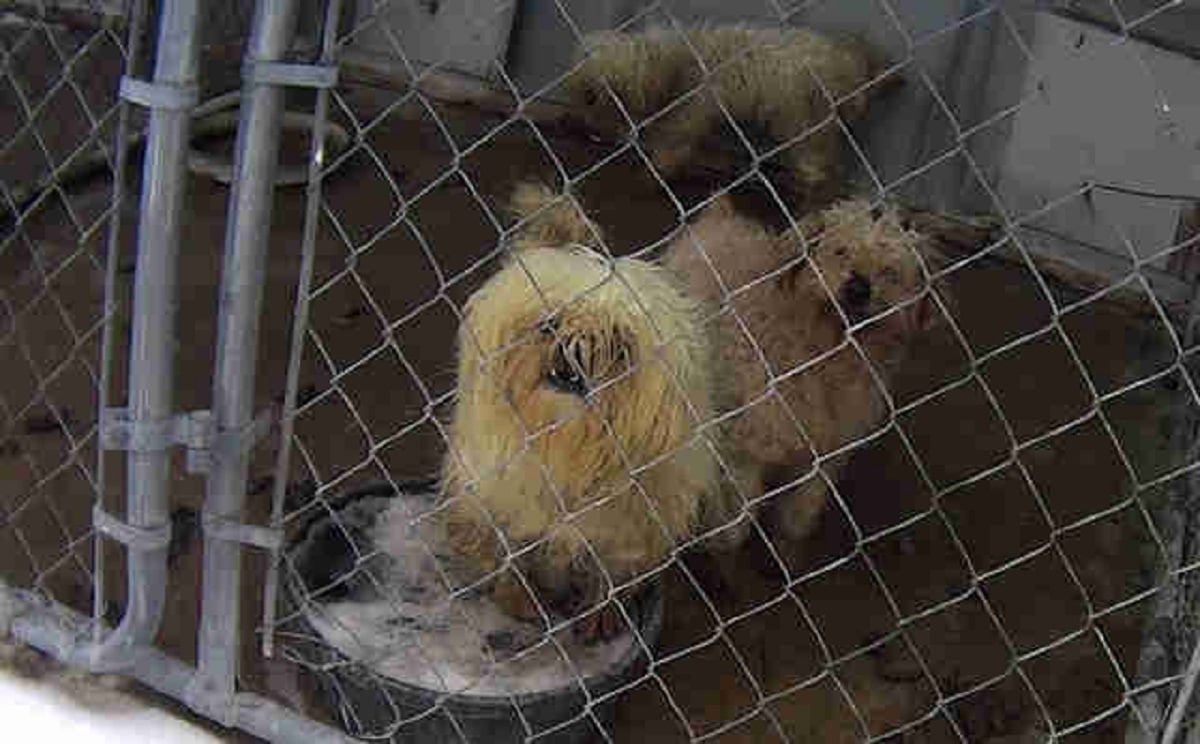 “Know when it’s a red flag. If it’s a very young puppy, a designer or even a purebred, or when the ‘adoption price’ is very high, it’s a red flag. Legit shelters will match dogs to families, those posing as one will just want you to take the animal right away and leave.”