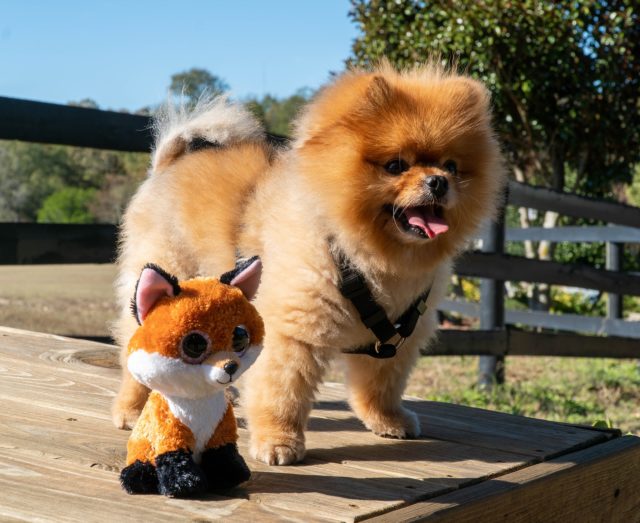 A 3-year-old Pomeranian named Bro from Perm Krai, Russia, has gained an unlikely best friend in the form of a puma called London.

When Bro’s owner, 33-year-old Natalia Korotova, adopted London as a cub, the puma was initially scared of the little dog.

Natalia had to keep Bro from London as the dog was very insistent on expressing his love for London, which got the puma frightened. 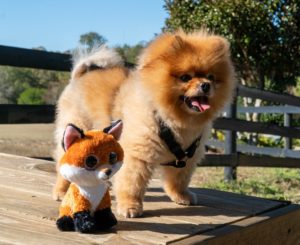 The friendly Pomeranian is one of the most popular breeds for a reason: Image by karentappenden from Pixabay

The two soon bonded and could be seen in Natalia’s video to be playing and enjoying each other’s company.

According to Natalia, the two were inseparable had begun doing everything together, even sharing the same plate of food.

Natalia had wanted to have a big cat a couple of years ago, but her home wasn’t big enough back then.

When she finally had the facilities, she wasted no time acquiring London.
London is not aggressive and behaves like a dog while around the house and inside the car.

However, Natalia found herself having to separate the two again as London has grown to be too big for Bro.

But despite being huge, London still gets to curl up in bed with Bro every night.

That’s the time Bro gets to show London how affectionate he is–a common trait of Pomeranians.

Pomeranians love playing with cats, as you can see in the following YouTube video by Anjula Pomeranians:

The Pomeranian was ranked the 23rd most popular breed by the American Kennel Club (AKC) based on registration.

They are described as alert, intelligent, easily trained, fine watchdogs, active, and perky.

They are good at mastering tricks and games and in providing laughs and companionship to their owners.

Learn more about this wonderful dog breed through the following YouTube video by AnimalWised: