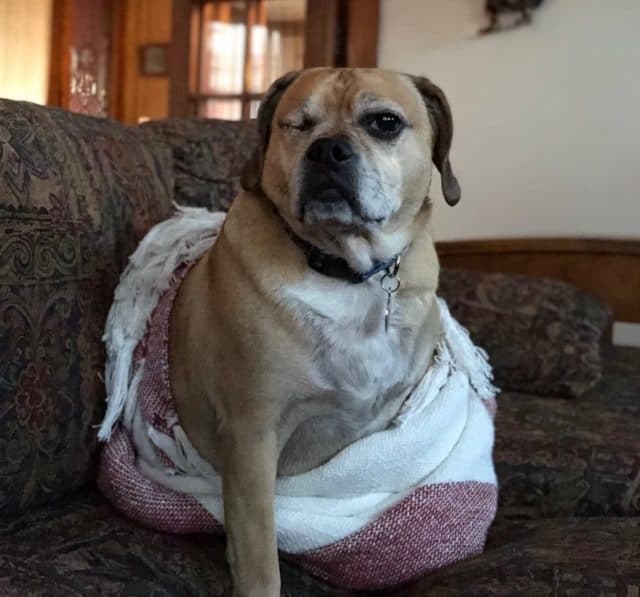 Just seven months ago, a one-eyed Puggle or mixed Beagle-Pug dog named Buddy wallowed in an animal shelter hoping someone could adopt and give him a forever home.

Today, Buddy is being touted as a future occupant of the White House. 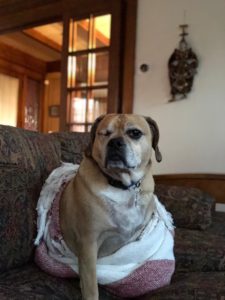 Buddy’s humans are no other than South Bend Indiana Mayor Pete Buttigieg, a 2020 presidential race hopeful, and his husband, Chasten Buttigieg.

Mayor Pete already had a dog before Buddy: Truman, possibly a Labrador-Beagle mix who was adopted on April 8, 2017, from the Heartland Animal Rescue in Kentucky.

In December last year, Pete started scouting around for a second dog a Pet Refuge to join Truman when they met Buddy, whom they described to be 4 to 6 years old and “who had a little bit of a weight problem.”

The couple found the one-eyed Puggle hard to resist and immediately fell in love with him.

Mayor Pete noted that he was warned Buddy could be a challenge, especially if he had to live with another dog. But Mayor Pete found out that Buddy is easy to please and just wanted to be scratched all the time, adding that their new puddle is a reminder that there are numerous loving and beautiful animals in pet rescue centers waiting to be adopted.

President Trump doesn’t like dogs and doesn’t have a pet. So, for the first time in over 100 years since Trump was sworn to office, the White House was devoid of a canine occupant.

The last dogs to stay at the White House were two Portuguese Water Dogs named Bo and Sunny Obama who were adopted during ex-President Barack Obama’s tenure.

If Mayor Pete wins the November 3, 2020, presidential elections, the White House will welcome a one-eyed Puggle.

Are you thinking of sharing your home with a Puggle? If yes, check out the following YouTube video by Animal Facts to learn more about these designer dogs.