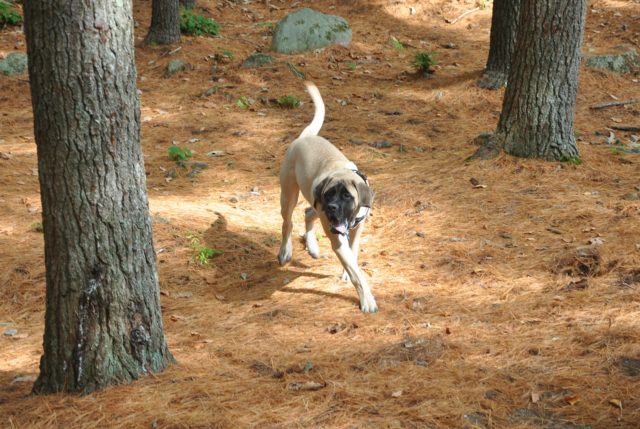 A 2-year-old English Mastiff named Gidget had a foul-smelling lesson she could not forget: never trust her Coonhound pal anymore.

Gidget was gauded by the Coonhound named Buddy to escape their home.

When Buddy got home without Gidget, their owner Mandi Smith was alarmed and started a search for Gidget. 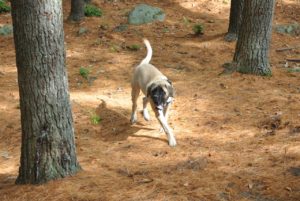 On the other hand, since Coonhounds like Buddy are people-loving and enjoy children, they make good family dogs. But like the English Mastiff, they are also stubborn and can be difficult to train. Coonhounds are also field dogs and have a high energy level, which may be why Buddy insisted on escaping their home–so he could roam around the surrounding areas.

Tony Campbell, an employee at a wastewater treatment plant and a friend of Mandi, found Gidget on the edge of an aeration pond.

Campbell had also seen Buddy at the treatment plant, which means confirms that suspicion that he led Gidget there.

Since nothing can float in the wastewater due to the aeration process, they asked assistance from fire crews who used a ladder to reach Gidget. The now-stinking English Mastiff was turned over to a shelter, where she got two decontamination baths before being returned to Mandi.

Gidget was ecstatic to be home and reunited her owners, Buddy and the family’s other dog, a Bulldog.

For now, Gidget and Buddy had to get more baths to shed off the stink.

To keep your dog from escaping your home and landing in the middle of a wastewater treatment plant, try putting up an easy-to-assemble DIY “escape-free” fence by like in this YouTube video by PetPlaygrounds: