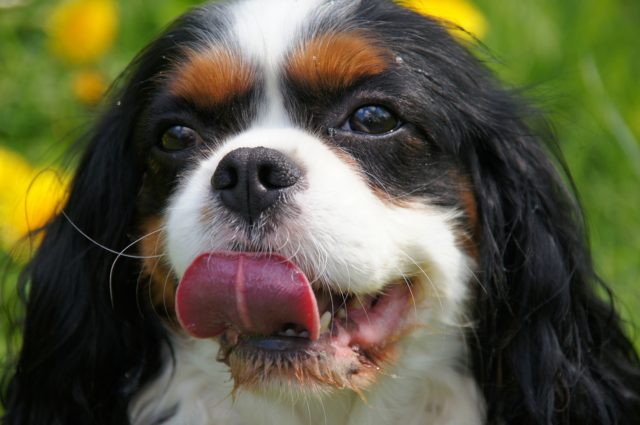 An owner of a Cavalier King Charles Spaniel is calling for other dog owners to check their pets’mouth for Harlequin Ladybird infestation. 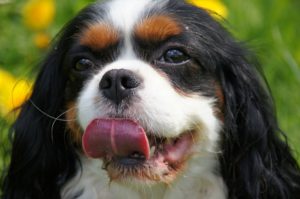 ​Eatock said Cuteun eats the ladybirds, but some of them got stuck inside of her mouth.
This Cavalier King Charles Spaniel has been trying to dislodge the ladybirds from the roof of her mouth to no avail.

According to entomologist Ruud Kleinpaste, the ladybirds have tarsal claws that allow it to hang on tightly on Cutean’s mouth.

Cuteun had also been struggling to eat due to the soreness caused by the ladybirds.

A ladybird. Image by Kookay from Pixabay

When Jan posted pictures of Cuteun’s mouth, people hardly believed it, and veterinarians even thought it was a joke.

Cuteun, a show dog, had to be withdrawn from competition because of the bugs.

Jan had noticed the ladybirds in her place three years ago, as these made a mess on the windows and walls.

The ladybirds release a foul stench to ward off predators, so the veterinarian was surprised that the Cavalier King Charles Spaniel show dog was able to eat the bugs.

Jan had sprayed her deck to avoid ladybird infestation and placed nettings around the entrances to her house.

More importantly, Jan had been regularly checking the mouth not only of Cuteun but also of the other eight dogs in her house.

Jan hopes Cuteun’s story could alert other dog owners and check on their dogs’ mouths for ladybird infestation.

Ladybug infestation is alarmingly causing health problem to dogs. To learn more about this situation, check out this YouTube video by GeoBeats News: