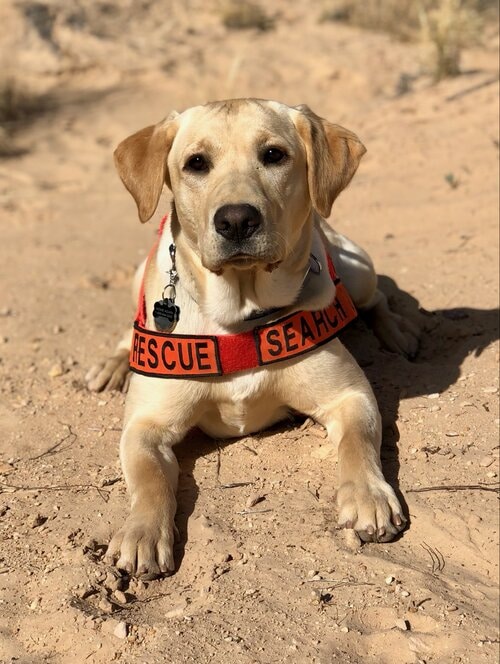 A team composed of highly-trained dogs and their human owners are helping investigators in solving crimes for free in Colorado.

The  dogs from the group named Colorado Forensic Canine Search and Recovery are capable of finding bones that have been buried for 100 years.

Among the human team members is Kris Brock, who has been handling search dogs for 18 years. She has three yellow Labradors, namely Colt, Charlie, and Mitchell, that are part of the team.

Kris, a certified search dog handler, demonstrated how Colt could uncover a speck of human remains in a huge pile of rubble at a recycling site.

Colt was born in 2017, and like the two other dogs under Kris is certified for wilderness/air scent, human remains, and obedience.

Other dedicated team members include Bonnie Guzman and her Doberman Pinscher named Octavia. 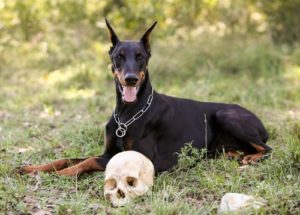 Octavia has been trained by Bonnie Guzman for human remains detection

Bonnie started in 2007 and specialized in training Dobermans for human remains detection. Her first dog was Porter, who retired in 2019 after a lengthy and successful stint as a search and rescue dog.

Kris recalled that when one of her previous dogs found the body of a young man, the mother asked to meet the dog.

Upon seeing Kris’ dog, the mother hugged the dog for 20 to 30 minutes.

The group wants people to know that they offer their services for free.

They also keep missions private since families are enduring so much emotional pain.

The group has a strict policy against having media coverage for their services and in collecting any reward monies.

In the following YouTube video by Toronto Star, watch how dogs help the police in recovering human remains: