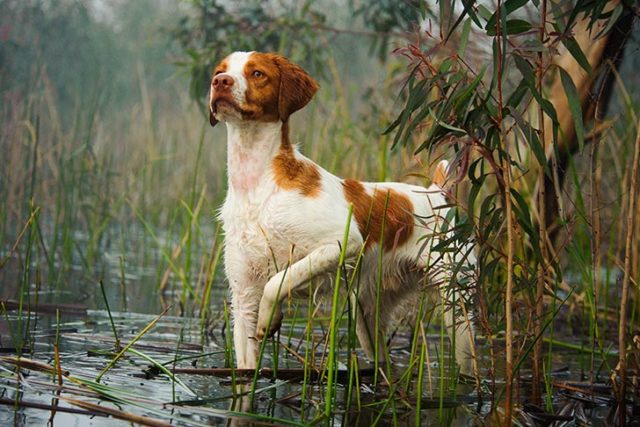 An energetic 4-year-old Brittany rescue dog named Honey proved to ger new owners that she could emerge from a pet rescue center and overcome her sad past to become a terrific hunting dog.

Honey’s new owners are fowl hunters and usually maintain a couple of Brittany dogs in their household. 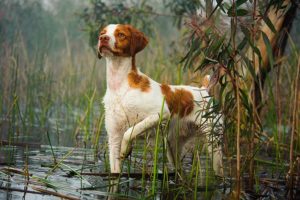 Image of a Brittany dog from https://www.akc.org/dog-breeds/brittany/

To prepare in case their older Brittany crosses the Rainbow Bridge; the new owners were searching for a Brittany puppy to join the pack.

The pet owners did their due diligence in researching for a Brittany puppy and contacted several kennels and dog shelters before getting a call for them to take Honey. They weren’t aware that Honey was already four-rears-old and never hunted her entire life.

The owners weren’t sure how the full-grown Brittany would respond to their training. And would she get overwhelmed joining two other hunting maniac Brittanys?

Honey proved to have the instinct in searching, pointing, and retrieving upland birds and waterfowl.

However, Honey also revealed her share of problems as a rescue dog.

The rescue Brittany dog was terrified to enter a home and had difficulty meeting people and other dogs. She also cowered and retreated under the kitchen table in fear when the owners’ 3-year-old niece tried to pet her. Honey was also shaking in fear when a tall, husky male relative of the owners entered the room where Brittany was.

But with gentle coaxing and some treats, the newly-adopted Brittany soon realized that hew new home was okay and that she could explore its confines and without getting a beating. She now enjoys lazy afternoons lying on the couch with her new owners.

Not only that. With patience and good training, Honey soon became the excellent hunter she was born to be.

She exhibited her in retrieving waterfowl and upland birds like ducks, geese, partridge, and pheasants and was obedient to her owners’ commands.

Are you leaning toward getting a Brittany for a pet? Watch the following YouTube video by Brooklyns Corner to help you decide.