Nathan Curry is very thankful to his special friend, a Bedlington Terrier named Barney, for alerting him of his acute lymphoblastic leukemia weeks before it got diagnosed.

The Bedlington Terrier also provided eight-year-old Nathan his constant companionship as the latter dealt with his condition. 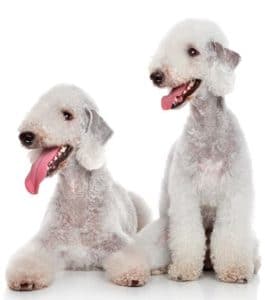 The Bedlington Terriers. Image from https://www.akc.org/dog-breeds/bedlington-terrier/

Barney would also not leave Nathan’s bedside side until he had fallen asleep, prompting the Curry family to joke to the boy that he’s “got a best friend there.”

Nathan was later rushed to the Royal Victoria Infirmary in Newcastle after coughing blood where he had a blood transfusion.

The Bedlington Terrier’s health also turned for the worse as he refused to eat for eight days when Nathan was brought to the hospital.

But as soon as Nathan came home, Barney started eating and got better.

Barney has since regained his full fitness but would still not leave Nathan’s side as the latter battles his illness.

Nathan’s immune system is so low that he is now mostly confined to the house and thankful that Barney would keep him company.

The boy is slated to continue fighting his cancer and undergo chemotherapy for at least another three and a half years. But with Barney by his side, Nathan’s spirits would continue to be uplifted.

Bedlington Terriers are full of fun and want most to be their family’s center of attention.

They are as gentle as lambs around the house, so it’s surprising to know that these dogs were once employed as varmint killers, coalmine ratters, and pit fighters.

Those looking for a lively and loyal companion that does not shed should take a long look at Bedlington Terriers.

And if you find one that is capable of detecting cancer, just like Barney, then that’s a plus.

Get to learn more about the Bedlington Terrier through this YouTube video by Everything dogs with Chloe and see if this is the perfect dog breed for you.