Home Dog Stories A Man’s Dying Wish is To Give His 11 Dogs Forever Homes;... 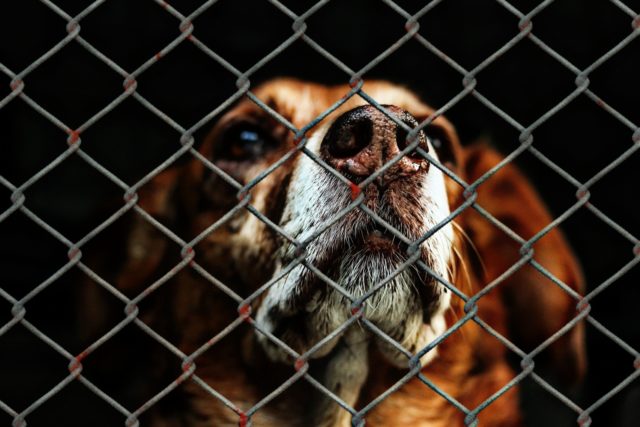 A Texas man who has terminal stomach cancer with just a week to live hopes he could see his 11 rescue dogs get adopted before he passes.

For the past couple of years, Richard Ewers of San Antonio has made it his mission to take in stray and abandoned dogs and give them homes.

Dog in a shelter waiting to be adopted. Image by Alexas_Fotos from Pixabay

After being admitted into hospice care and given a week to live, animal rescuers and volunteers have rallied to help Richard fulfill his last wish.

But with a week left in his life, based on doctor’s diagnosis, there’s still 11 of Richard’s 27 dogs that still need a home.

According to the  American Society for the Prevention of Cruelty to Animals (ASPCA), approximately 3.3 million dogs enter U.S. animal shelters every year. Annually, there are 1.6 million dogs that get adopted. Sadly, around 670,000 dogs end up being euthanized every year.

Richard is very bothered thinking about the future of his dogs and has consumed his thoughts during the last remaining days in his life.

While Richard is in hospice care, volunteers have been stopping by his home to check and feed the dogs.

Dogs that are not adopted will be picked up by the county, adding more stress to them than what they are currently going through.

Furthermore, Richard’s home is now not suitable for pets since there is no longer running water and electricity.

A Facebook page was also created to hasten the adoption of the remaining dogs. Check out “Helping Mr. Richard and His Dogs” if you are interested.

Some of the dogs may need Heart Worm test, rabies vaccination, DHLPP, dewormer, and bordetella.

In the following video by The Dodo, watch how some dogs react after finally being adopted and getting the chance to leave the shelter: